In San Gimignano, Italy, a letterbox provides a glimpse into the past to a simpler time.  I don’t know how I would manage currently if I didn’t have email or video chats.  Life would move so much slower if we had to wait for letters!  I’ve had email for most of my life; I was very young back in the time when letters were people’s main method of communication.

But if you want an even simpler way of life, think about how these monks on Ireland’s west coast lived around the 12th century.  Their homes were these small “beehive” huts, without even mortar in the stone walls.  They lived off the land and what they could grow, and spent the rest of their time in prayer.  I’m not sure I aspire to that extreme simplicity!

You can find more simplicity at the original Lens-Artist challenge.

Distance is hard on us all right now.  We know social distancing is necessary, but it is keeping us from our normal daily activities and relationships.

The towers of San Gimignano in the distance (Tuscany).

But sometimes, distances gives us a new perspective.  We can see things in a different way, different parts of a whole together, that might not have been apparent up close. 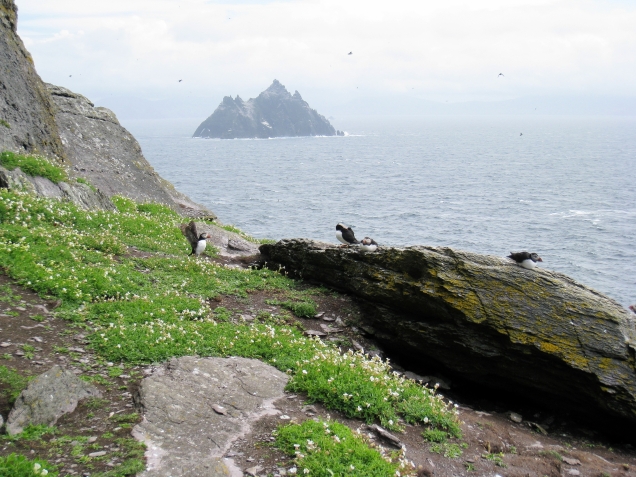 Distance can be beautiful!  It lets us see contrasts and patterns.  We can see how far we have to go, or how far we’ve come.

View of Barcelona from Parc Güell

But no matter the distance, always remember that you are not really alone.  We are all in this together.  Make sure you reach out to your loved ones!

You can find more distance at the original Lens-Artist challenge.

Lisboa sits at the mouth of the Tagus River, which then travels from Portugal across most of Spain, being the longest river on the Iberian peninsula.  Its navigable waters gave Lisboa a valuable port which made it possible for Portugal to take the lead in Atlantic sea voyages during the Age of Exploration.  Many famous explorers, including Vasco da Gama, embarked from here.  The “Monument to the Discoveries” celebrates this history with 33 key figures of the time period, with Henry the Navigator in front.

This next photo was a bit of a failure in that I didn’t get a good picture of any of my friends!  But as a shot of the river, it’s pretty cool.

We were visiting the Torre Belem, just a bit further down the river.  Out the tower window, you can see the 25 de Abril Bridge, and the Sanctuary of Christ the King on the opposite bank of the river.

You can find more rivers at the original Lens-Artist challenge.

In Connemara, Ireland, peat is still a fairly common fuel source.  These bricks have been cut from the ground and left to dry out.  Sometimes we saw them in neat little pyramids or piles, but I rather liked the chaos of this cluster. 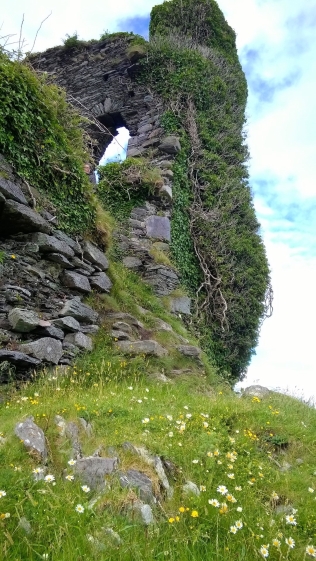 The ruins of Ballycarbery castle in Cahersiveen, Ireland show how nature and time can turn even neat stacks of stones in wilderness.

You can find more chaos at the original Lens-Artist challenge.

Well, taking a cruise is not sounding so appealing right now, but it is still a great way to see a lot in a very little time.  Some cruise ship ports are very touristy, and some are rather more industrial; either way there is some great scenery.  I believe this was the port in Naples, Italy, where we disembarked to visit Pompeii.

Here is a surprising reflection in a picture I took in Gougane Barra, Ireland.  This plaque is on a cross, commemorating where St. Finbarr lived on the island.  But you can see me in the reflection!  My coat is bright blue, my phone taking the picture is bright green, and my hands and face are peachy.  It makes for a fun double image.

Thanks to Miriam for being the guest host this week! You can find more reflections at the original Lens-Artist challenge.