Here’s your first look at the upcoming YA fantasy release from Intisar Khanani, A Darkness at the Door.

This is one of my most anticipated releases this year! A Darkness at the Door is the third book in the Dauntless Path series, a direct sequel to The Theft of Sunlight. Which, may I remind you, ended in a horrrrrrrible cliffhanger! But it was so good I can’t even be mad! I still really need to know what happens next though.

The amazing cover art for all three Dauntless Path books was done by Jenny Zemanek. The final US version of ADatD will also have a special hand-lettered title to match the other covers, courtesy of a stretch goal from the Kickstarter that’s currently running.

I’m so excited to see where’s Rae’s story goes. This series has so much going for it: adventure, social justice, a bit of intrigue, major chemistry, diverse characters, magic, thief lords…

Only Rae knows how deep the corruption at the heart of her kingdom runs. Imprisoned on a slave ship, she effects a harrowing escape – but her freedom comes with the weight of dangerous debts and terrifying magic. Now, to free her land from the growing darkness, Rae will need every ally she can find, including Bren, the thief who may have stolen her heart. But Bren is hiding his own bloody secrets, and the curses that encircle Rae have sunk their claws into her mind.

While the truth could save Rae’s kingdom, it might destroy her first.

A Darkness at the Door will be released July 21, 2022 by Snowy Wings Publishing in the US and Canada (reserve your copy through the Kickstarter) and Hot Key Books in the UK and beyond (pre-order here).

I’ve raved before about Intisar Khanani’s YA fantasy series, including indie Sunbolt series and the Dauntless Path series that starts with fairy tale retelling Thorn. The second book in that series, The Theft of Sunlight, was one of my favorite books last year.

Unfortunately, her US publisher did not pick up the next book in the series (which, after Theft‘s cliffhanger ending, is just cruel 😭). Thankfully A Darkness at the Door will still be published, but the author is asking for some support, in the form of a Kickstarter to allow her to hire the same audiobook reader that did the previous Dauntless Path books. There are several pledge levels, with rewards from a swag bag of bookish goodies to a copy of the audiobook (obviously) to a limited special edition hardcover copy of Darkness. (I definitely went for the limited special edition!) You can also purchase signed copies of her other books as add-ons.

Good news: the Kickstarter was fully funded in two days! And has already hit its first stretch goal as well. But I still encourage you to back it! Not only are there further stretch goals, but I really can’t say enough about how awesome this author and series are, and I am really rooting for her and it to succeed.

Back the Kickstarter for the Audiobook for A Darkness at the Door here. 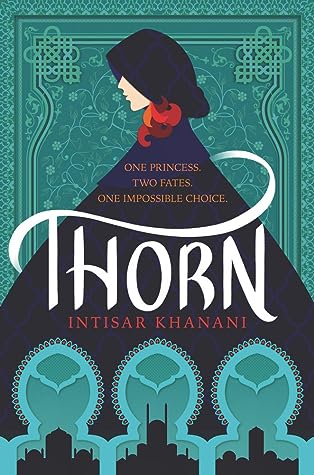