Welcome back to our Star Wars coloring book club, where every now and then Kiri from Star Wars Anonymous and I color the same image to compare and contrast.  We’re kicking off summer with the next picture in the coloring book, this Imperial mandala.

All the circles here, including the Imperial crest and the Death Star, reminded me of a kind of sun/moon/eclipse theme. This, in turn, got me thinking about the most famous moon in Star Wars…not the Death Star, but the Forest Moon of Endor. This moon has always been a bit confusing: is the moon named Endor, or is the planet it’s orbiting named Endor? The answer: both! Endor the gas giant planet has nine moons, the largest of which is also called Endor. The others are totally unpronounceable, like many things in the Star Wars galaxy. (Another moon is Kef Bir, which is featured in The Rise of Skywalker as containing some of the wreckage of the second Death Star.)

I don’t really have a point to this tangent, except that it’s weird for a planet and its moon to have the same name. But it’s definitely not the weirdest thing in Star Wars!

Happy summer everyone! Hope you have plans to spend some time in the sun with your loved ones.

Welcome back to our Star Wars coloring book club, where every now and then Kiri from Star Wars Anonymous and I color the same image to compare and contrast.  This month I picked a flowery image of Queen Amidala because it reminded me of spring!

I didn’t really have a plan for this one; I just started with Amidala’s beautiful outfit and went from there with complementary colors. I’m happy with how it came out, though it does look like she has weird vines coming out of her head 😂

It’s so hard to pick a favorite of Amidala’s outfits, but this one is definitely up there. I love how her hair becomes part of the headdress. But I can only imagine how heavy it would have been for her to wear!

Check out Kiri’s special collaboration with her Padawan here.

Welcome back to our Star Wars coloring book club, where Kiri from Star Wars Anonymous and I color the same image every month to compare and contrast.  It’s been quite a while since we’ve done one because life sorta got in the way, but we are excited to be back with a mandala featuring everyone’s favorite Rodian, the bounty hunter Greedo.

I immediately had a rough start with this one because the green I initially chose for Greedo was too light and I had to go back and blend in a darker shade to make it look decent. But after that I got back into the swing of things. The color scheme here is mainly inspired by Greedo and his clothing, which kinda gives it a 70s vibe. Kiri also has a lot of say about Greedo’s clothing; you can check out her fashion critique and lovely coloring image on her blog.

It seems pretty fitting to start up again with this theme, considering that the first time I “met” Kiri was when she commented on a post of mine about Han shooting first in the cantina.

It was fun getting back into coloring this month! This one wasn’t my favorite but I’m happy with how it came out. We’ll be doing these every other month for now and I’m happy to take requests of themes you’d like to see us do haha.

We have another image from the anime girls coloring book this month.  This one (once again) reminded me of the title character of Cardcaptor Sakura with the hair and the costume. 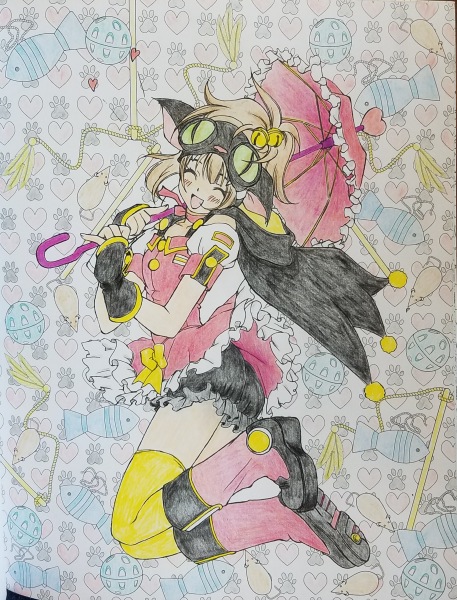 The best part about coloring this one: CCS is now on Netflix!!  I was able to watch it while coloring this picture.  They have the entire two seasons both subbed and dubbed, including some episodes I had never gotten to see before!  It’s a really wonderful anime and I encourage you all to check it out.

This definitely seems like a costume that Tomoyo would make for her friend to wearing while capturing Clow Cards.  Take a look at some of the real costumes from the show for comparison:

What card do you think Sakura would capture in this costume?  Something water/storm related, I think, same as these three examples. 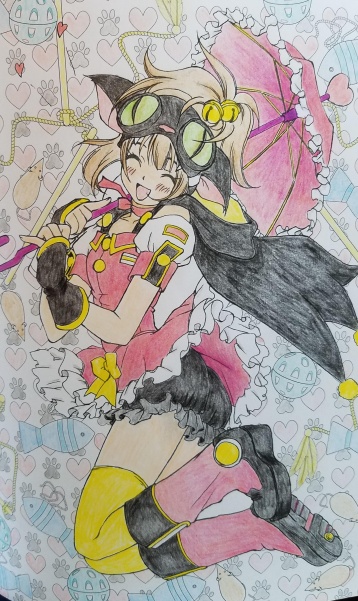 Hope you all enjoy the Independence Day holiday! Check out my strangely patriotic CCS fanart for some celebratory vibes.

I have a new coloring book!  My sister got me a nice book of original anime girl pictures that I have been enjoying, and here’s my first completion. 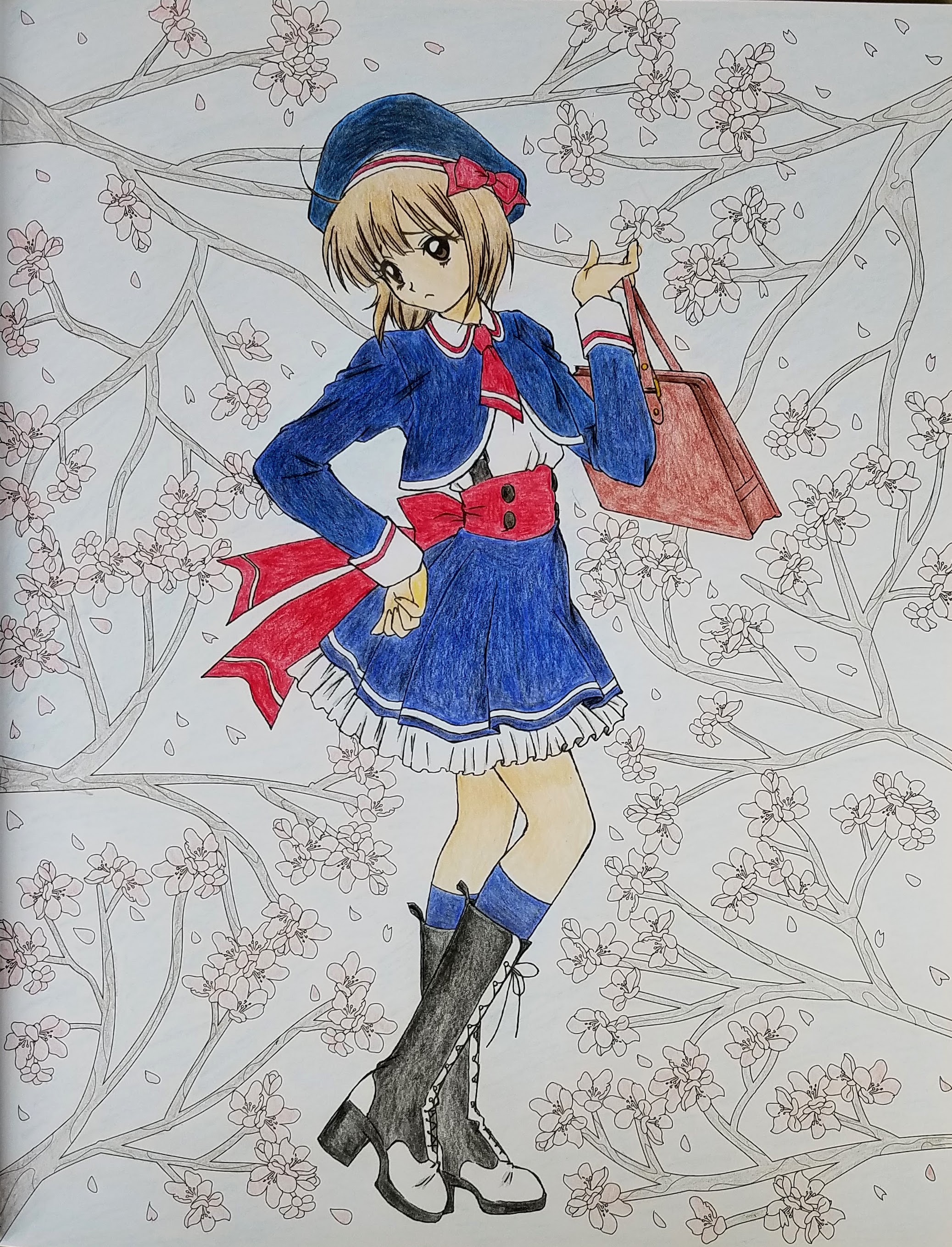 I picked this one to start for two reasons:

Here’s a close up of not-Sakura.  I made her eyes brown to differentiate her a bit from the real Sakura, who has light colored eyes.  But I did the hair in Sakura’s color.  I’m still considering this fan art haha. 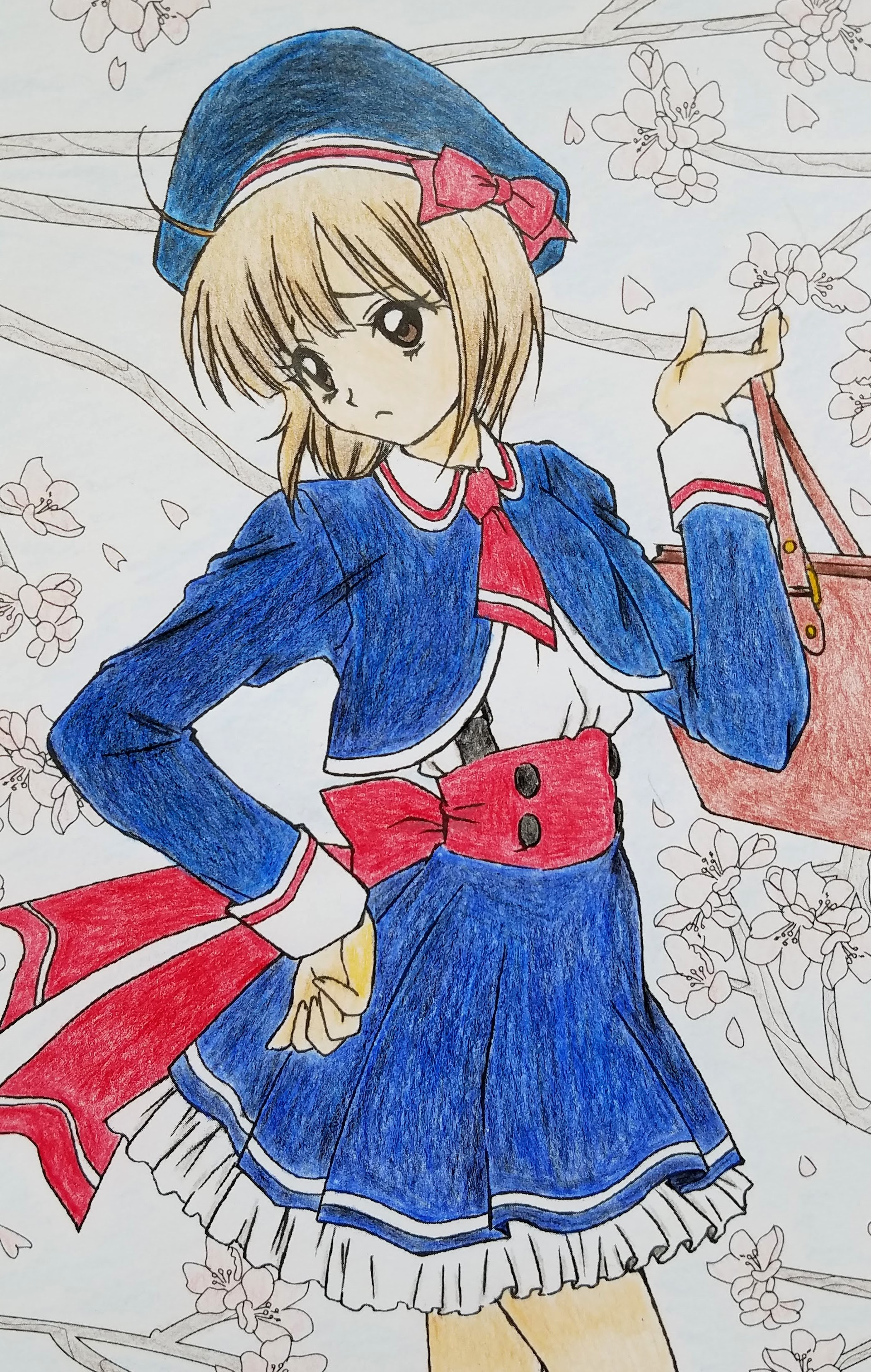 I wanted the background to be very soft colors to contrast with the boldness of her outfit, but it was a bit too much for my phone’s camera and you can barely tell I colored the background at all.  Here’s a shot of the cherry trees so you can appreciate my subtle coloring. 😂 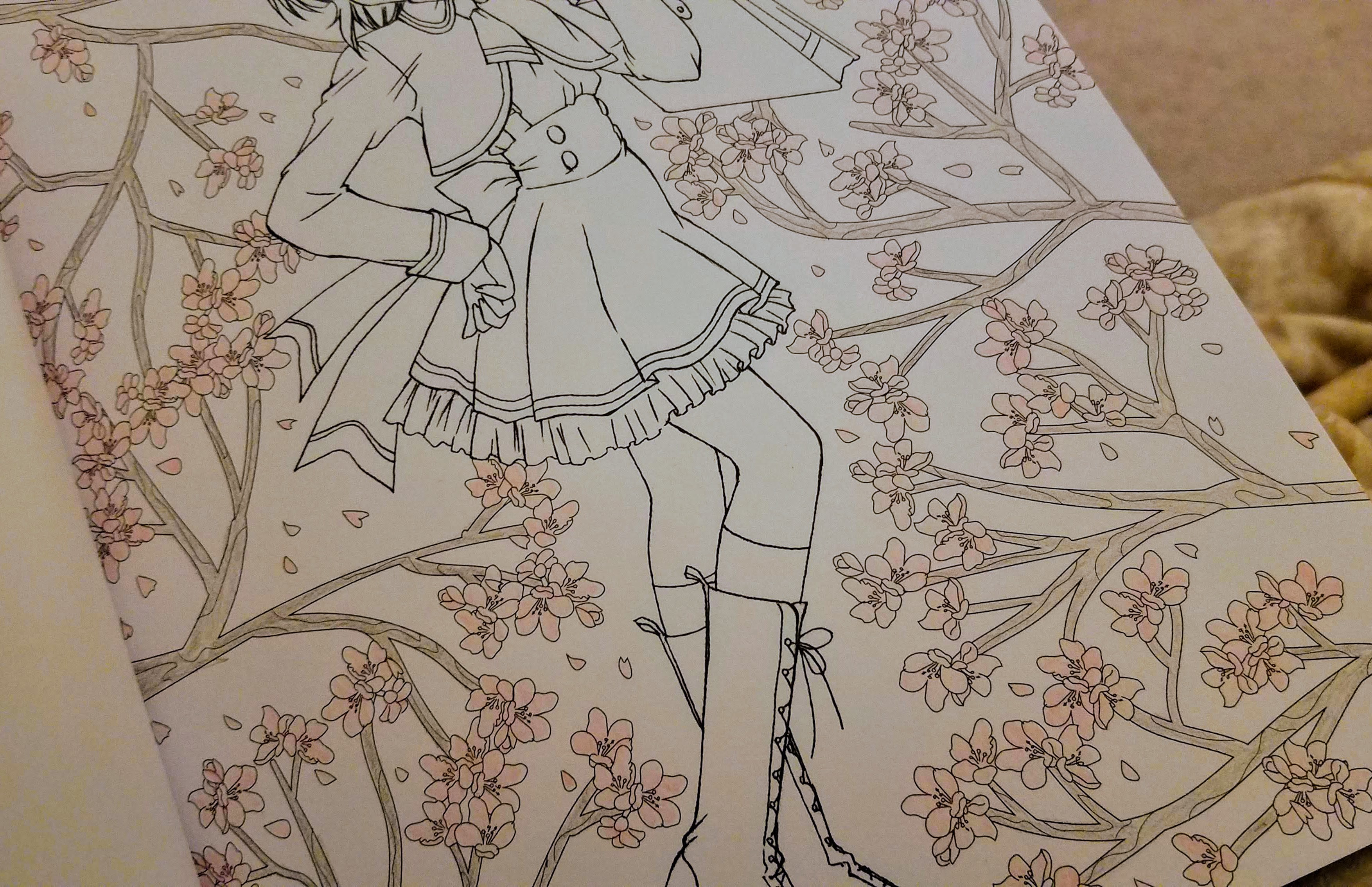 I’m sure you’ll be seeing more of the images in the book over the coming months.  There are so many cute ones I can’t wait to share with you. 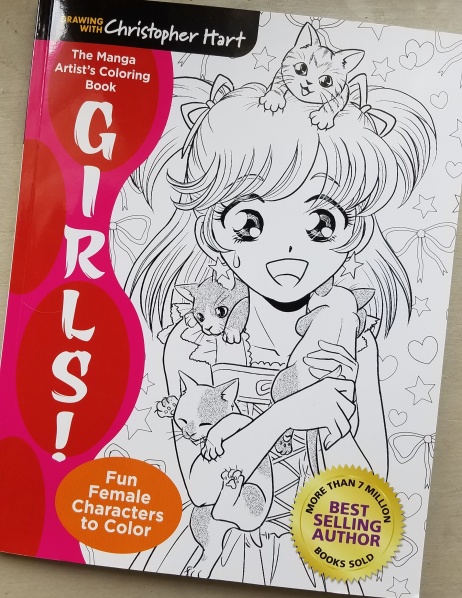