Kellogg’s is running their Feeding Reading program again this summer that allows you to get free books when you purchase certain products like cereals, Cheez-Its, Eggo waffles, Pringles, and Pop-Tarts.  You can get up to 10 free books, from all reading levels from picture and board books to YA titles.

Here’s my first set of free books, all for my toddler:

We’ve been reading these three at bedtime for the past week, so I think they were a hit.

With the amount of Pop-Tarts and waffles we go through in my house, I’m sure we’ll get the other seven soon.  I like to get some of the YA titles for myself; some of the choices this year include these:

Go check it out and get your free books!

Last week, Slate published an essay by an 11-year-old reader that illustrates perfectly why I believe in the need for books with diverse characters.  “This is Me” by Audrey Hall was a winner in the New York Public Library’s Summer Reading 2019 Essay Contest.  In her essay, Audrey describes how the book Blended by Sharon Draper expanded her universe.

You can read the full essay here, which is well-written and even includes quotes from the book to support her thesis.

Audrey checked Blended out of the library and it quickly became a favorite.  The book features a multiracial protagonist with divorced parents, which also describes Audrey.  She describes how she related directly to the character’s experiences in the book, moving between households and debating how to describe herself.  It was a revelation for her to know that there might be other kids who shared her own experiences. “This book made me feel like I belong,” she wrote.

I personally could not have written a better essay to describe why representation is important, especially in children’s and YA literature.  Every child should have the same feeling that Audrey had when reading. 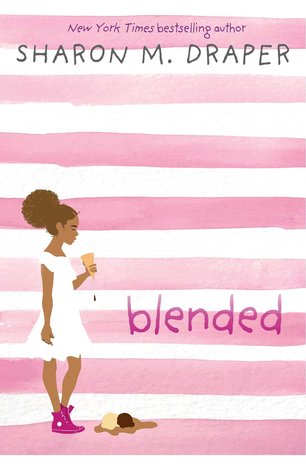 Of course, we will not relate to every character we read about, which also expands our minds.  And of course, we can relate to characters who don’t look like us at all. For example, my pen name Mei-Mei was taken from a Chinese character in a Japanese anime.  But I won’t pretend that I don’t automatically feel a sense of kinship with every redhead character that I meet. Being able to see ourselves so directly in characters is such a valuable thing that I want every child to be able to experience it as I have.

For this reason, I have been a fan of the We Need Diverse Books movement, which started as  a Twitter hashtag and has become a phenomenon. I think we have seen a huge growth of diverse books in YA fantasy (my wheelhouse) over the past ten years, and I hope this trend will continue.  I am personally making an effort to read more books featuring diverse characters and, just as importantly, by diverse authors to support the publishing industry following this trend.

Audrey’s prize for the essay was a trip to a NY Yankees game.  I hope she has a great time!  I also hope she grows up to be a writer of many more characters like herself. 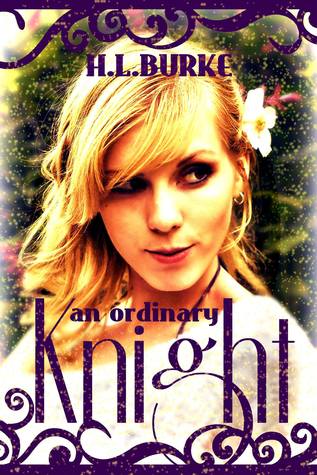 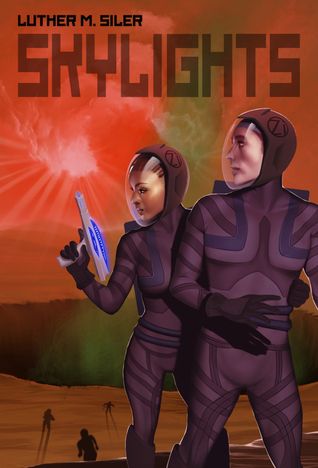 It’s Banned Books Week!  Sponsored by the ALA and other groups, this annual event celebrates the “freedom to read.”  Come join in with the Banned Books Blog Party hosted by hannahgivens at Things Matter.

The most frequently challenged books of the past year (2013) were:

I have actually only read one book on this list: The Hunger Games.  Looking at the list of top challenges from 2000-2009 (which includes my high school years), however, I have read many more.  I have written previously about how #23 The Giver by Lois Lowry affected me when I read it in the 6th grade.  One thing it did for me was open my imagination to worlds of science fiction, a gift I am grateful for today as a writer and scientist.

It’s strange to me that anyone would want to put a blanket ban on a book, rather than individually assessing a students’s maturity and reading level, and using a book’s themes and concepts to start an open conversation about difficult ideas.  Exposure to these ideas is part of growing up.

Just last month I read a blog post by author Shannon Hale relating a note from a school librarian whose district wanted to remove Hale’s Books of Bayern series from elementary library shelves.  No one had complained about any of the books.  It seems that the fact that the Bayern series is typically reviewed as being for “Grade 6 and up” was construed by the district to mean that the books were therefore not appropriate for anyone younger.

The Bayern books are wonderful and have no objectionable content.  I would have loved them in upper elementary school.  Rather than limiting students, shouldn’t we be encouraging them to read more advanced books?  The idea that education is one-size-fits-all can’t be beneficial for our children.  It wasn’t for me.  I was lucky that my elementary teachers (and my parents) let me read books from higher grades’ summer reading lists.

Every book may not be appropriate for every child (or adult).  But that decision should be made on an individual basis and should involve the reader as well as his parents and the relevant teacher.  Blanket bans are not the answer.

I’ve been doing lots and lots of reading lately, and I’ll have some reviews up in the near future, I hope.

I’m next in line for Skin Game from the library–I put my name in the queue as soon as it was ordered!  I’m very excited to see what Harry Dresden will be up to.  I really recommend the Dresden Files to anyone who likes fantasy, especially urban fantasy.  Unlike most series, the quality has not at all dropped off over the 14 books; it actually improves after the first few.

There has been some serious power creep over the course of the series, but I actually don’t mind it, because unlike, say, Dragonball Z, there are actual, life-changing consequences to the choices Harry makes.  Harry makes huge sacrifices to do what he has to do.  There is no reset button, for any of the characters, which keeps the stories feeling fresh and interesting as they explore new areas of both character and magic.

There’s also a lot of Star Wars references.  Which is really all I need.

All the reading I’ve been doing has got me thinking about how the order I read books affects my opinions of them.  I don’t just mean within a series (should you read The Magician’s Nephew before The Lion, the Witch and the Wardrobe, for example).

When I recently read several books in a row, I was surprised at how it helped me clarify my feelings about certain ones, through comparison to other books I had just read.

I had just finished reading Insurgent, and then Allegiant, when I picked up Seraphina by Rachel Hartman.  And was blown away by the prose, characters, and world-building.  I stayed up until 3 or 4 in the morning to finish it.  It was one of Those Books.

I had liked the Divergent sequels fine when I read them; they weren’t bad.  But Seraphina put them in perspective.  I saw immediately that they had been lacking.  Or maybe, they put Seraphina in perspective.  In Seraphina, I found that spark, that compulsion, that total immersion that distinguishes “great” from “good.”

I then read two books about high schoolers falling in love.  The Fault in Our Stars was an enjoyable book.  It told a good story, with a good tone and well-developed characters.

Reading Eleanor and Park, however, was like hearing myself describe how it felt to fall in love with my now-husband when we were teenagers.  It hit me emotionally in ways that TFiOS never did.  I wanted to stay in that book, on the bus with Eleanor and Park, as long as I could.

You may have noticed that when I do book reviews, my ratings are based on gut reaction; mainly, do I want to read this book over and over again?  Reading these books all in close succession I don’t think fundamentally altered my opinion on them; it simply made my gut feelings clearer in an interesting way.

This post is already way longer than I meant it to be, but I promised TMNT.  I went to the grocery store today like a good adult to buy things like vegetables and found that Kraft Mac & Cheese was on sale.  The kind with the shapes.  And they had Teenage Mutant Ninja Turtle shapes.

So naturally I bought some.  There were four different boxes, one each with a different turtle, and I absolutely tried to make sure I got one of each.  My husband pointed out that they are all the same on the inside, but that is really beside the point.

But I got home to discover that I had bought 2 Leonardos and no Raphaels.  Alas.  Luckily, Raph is my least favorite.  My turtle preference goes: 1) Michelangelo    2) Donatello   3) Leonardo   4) Raphael

It’s not even Sunday anymore, so now I’m going to post this and go to bed.  Expect a Galápagos photo tomorrow, and book reviews soon.