The highlight of my trip to Ireland in 2015 was a visit to the rugged island Skellig Michael.  I had wanted to visit for three reasons.

First, it is home to many species of birds, including Atlantic puffins, gannets, kittiwakes, and others.  I was able to add some cool species to my life list and get very close and personal with these birds that are not afraid of humans.  It was even puffin breeding season.

Second, the island is historically and culturally important, being the home of ascetic Christian monks for several centuries.  They built the winding staircases up the rocks and also built stone dwellings.  It is now a UNESCO heritage site. 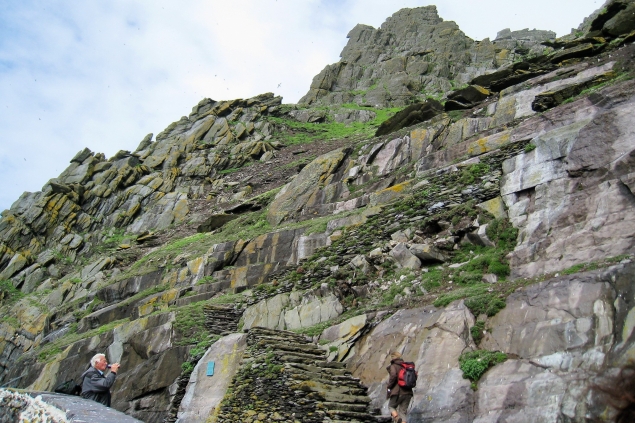 Third, the island stood in for the Jedi refuge of Ahch-To in the new Star Wars films.  They had been filming there the year before I went, and even though the movie The Force Awakens hadn’t even come out yet, I was excited to visit a Star Wars filming location.  And I loved seeing and recognizing the footage of Skellig Michael on the big screen later.

But in the end, the reason that Skellig Michael is most memorable to me is the mental journey I took to get there.  You can read the whole story of my trip here, but I will just say that I will always be proud that I was able to overcome my anxiety to enjoy this once-in-a-lifetime experience.

You can find more special places at the original Lens-Artist challenge.