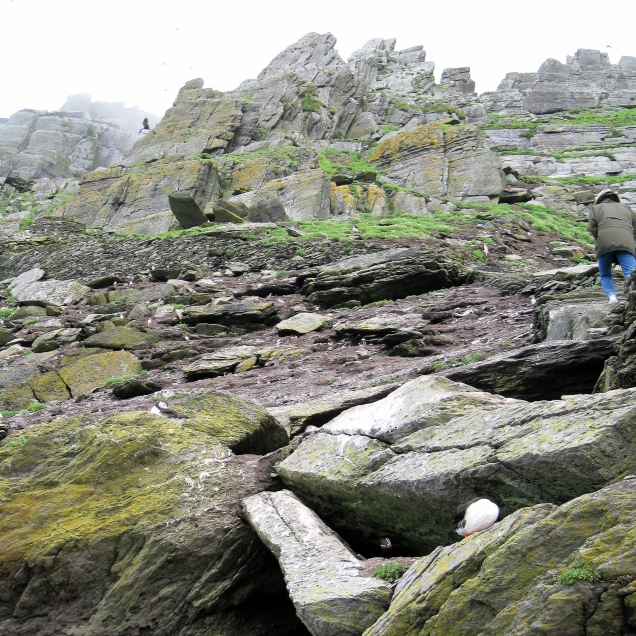 “There has been an awakening…”

So said the first teaser for The Force Awakens.  Skellig Michael appeared in the last minutes of that movie as Ahch-To, the refuge of hermit Luke Skywalker.  The island will be forever associated with Star Wars to me.  Here are some of the “Jedi Steps” that Rey climbs, and some of the puffins that became “porgs” in The Last Jedi.