This month on the GNBC we are featuring Margaret Atwood’s classic The Handmaid’s Tale.  I’m a little late responding to this one, but you can check out the original discussion post here.

I actually went and bought this one in paperback because I thought this might be the kind of book I’d want to own.  It’s been back in the public consciousness recently because of the critically acclaimed Hulu adaptation, plus the fact that it’s been a number one seller on Amazon–unusual for a book first published in the 80s.

There is so much to unpack with this book; I can see why it’s frequently taught in universities and even high schools.  But quite frankly, I’m glad it didn’t come to me until now; I don’t think I would have appreciated it as much.

This was a difficult book for me to read, and I mean that in several different ways.

First of all, it is slow.  The book is not plot-driven.  Pretty much nothing really happens until the midpoint of the book, just Offred going through daily life and thinking.  Thinking about her lost daughter, about her indoctrination into the Handmaids, about the past, about her room, about suicide.  Thinking is enough; it paints a marvelous picture of Offred’s world.  But I didn’t find it “gripping” in the way of other novels, which is one reason I never made it past the first few chapters when I tried to read it over ten years ago.

Second, Offred’s story is presented in first person, present tense (her remembrances of the past are in past tense).  This is currently all the rage in YA novels, and I am not a fan.  Luckily, Atwood is a good writer, and the narrative style is entirely purposeful.  From chapter seven:

It’s also a story I’m telling, in my head, as I go along….But if it’s a story, even in my head, I must be telling it to someone.  You don’t tell a story only to yourself.  There’s always someone else.

And the end of the story reveals that Offred has recorded her story on audio tapes which were later recovered and pieced back together.  This explains why the narrative jumps around so much, but it doesn’t change the fact that it can be confusing.  Sometimes I wouldn’t immediately understand what day it was or where in the flow of time the words I was reading took place.

I also had a hard time picturing the locations in the story as being overlaid on the localities in the modern day Boston area.  Maybe if I’d been to Boston for more than a few hours it would have been easier, but I could only see the community as something new, secluded in an unrecognizable place.  Making the connection between pre-Gilead and post-Gilead was hard to me.

But the most fundamental reason that this book was hard to read was the subject matter; it is disturbing.  And even now I am having a hard time writing about why it was so particularly disturbing to me now.  This book affected me like it wouldn’t have before because I am five months pregnant.  Everything that Offred goes through, her blissful existence in her past life with her husband and young daughter, her anguish at that being taken away, her life being stripped to an equivalence with her mere reproductive capabilities, her shifts between guilt, despair, and hope, hope of a new pregnancy, of a new child that will also not be hers–all of her thoughts and feelings felt deeply personal to me.

I believe in my empathetic nature, that the book would have affected me before, but now, as I start a family with my husband, I think I truly understand the stakes, how much there is to lose.  I was reading this book with a love note from my husband tucked between the pages as a bookmark.  Can you think of anything more ironic than that?  I’d like to pretend that it wasn’t an accident, but an act of defiance.

I thought it was interesting how Offred and Ofglen are presented as foils for each other.  Of the two, Ofglen is the revolutionary, the Katniss Everdeen of Gilead.  But she is not our main character.  We are following Offred instead, who is not a revolutionary.  In fact, she feels, well, almost satisfied, once her life is bearable.  It is enough for her, and she won’t risk it for the sake of others.  She stops being interested in the machinations of Ofglen’s secret group.  But for Ofglen, there is no “satisfied,” at least maybe until Gilead is done away with.  She is an amazing woman, but I think I am more like Offred.  I understood her perfectly.

I liked how the ending is ambiguous; we don’t know where Offred is being lead, and by whom.  I think it fit very well with the rest of the book, and I’ve always liked these kinds of endings (The Giver, Inception)–but I know some people hate them.  I remember people arguing in the sixth grade about whether Jonas lived in freedom or died at the end of The Giver!  The Historical Notes tagged on to the end provide a lot of interesting context to the story, but the tonal shift is so jarring; I am undecided whether the book is better with or without them. 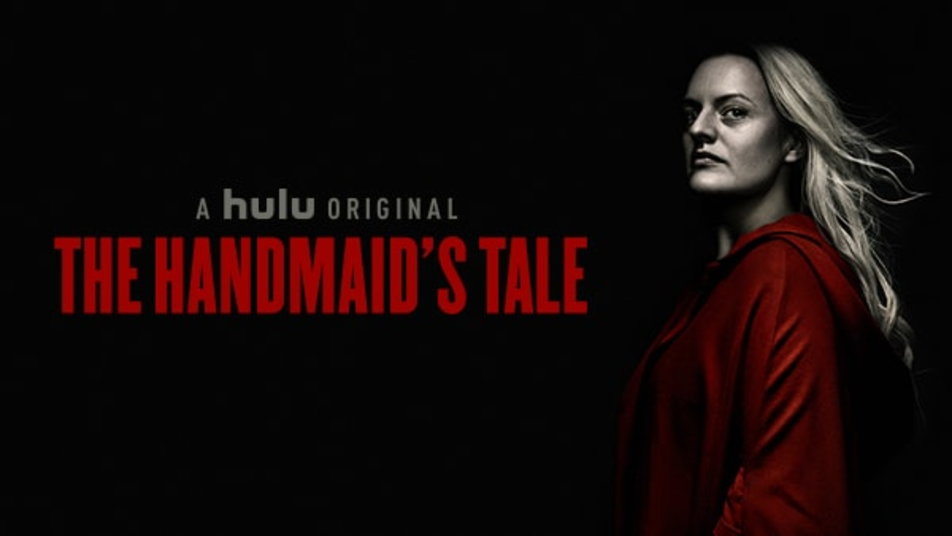 As I was reading some articles about the Hulu adaptation (which I haven’t seen; I don’t have Hulu), I came across one that mentioned that Offred is raped repeated by her Commander.  Immediately, my inner head voice said, No, that’s not right.  Offred herself says it’s not rape.  From chapter 16:

Nor does rape cover it: nothing is going on here that I haven’t signed up for.  There wasn’t a lot of choice but there was some, and this is what I chose.

But I pushed that knee-jerk reaction aside and thought about it some more.  Just because Offred doesn’t consider it rape, are we obliged to do the same?  Offred clearly doesn’t want to consider herself a victim; she wants to maintain control of her body, her life, her mind.  But what, really, was the choice she had, the alternative to having sex as a Handmaid?  Possible torture and death, from what I can tell.  This is exactly the kind of situation, the kind of dilemma, that we as a society consider rape all the time.  Just because the torture and death aren’t immediate doesn’t make them any less real.

In any case, perhaps the semantics are irrelevant.  The point is that no one should have to do what Offred has to do.  The perverseness of the social order of the Republic of Gilead is well-established by the novel, and will stick with everyone who reads it for a long time.