When I started reading Cinder, the first book in the Lunar Chronicles series by Marissa Meyer, I knew that it was a sci-fi take on the Cinderella tale.  What I did not know was that it was also partly inspired by Sailor Moon!

I can’t say that I’m as obsessed with Sailor Moon as other girls my age (including Meyer!) because I was never able to watch it when it was first broadcast in the US.  But I’ve since read the manga and seen a few episodes of the dub and Sailor Moon Crystal.  It’s definitely a classic shoujo manga for a reason.

As the Lunar Chronicles series progresses, Cinder picks up companions on her quest, eventually assembling a team that reminded me greatly of the Sailor Scouts, or Senshi: four girls all with Lunar heritage (and one very excitable android).  As I was reading, I had a lot of fun pairing up characters with the Sailor Senshi that they seemed similar to.

Mild spoilers ahead for all the Lunar Chronicles books.

Our protagonist Cinder is clearly the Sailor Moon equivalent of this story.  She is the heir to the Lunar kingdom, but has ended up on Earth (specifically in Asia) with no memory of her royal past.  Even her birth name Selene sounds similar to Sailor Moon’s other identities Princess Serenity and Serena (used instead of Usagi the Sailor Moon dub). (All these names have meanings related to the moon).

In terms of personality and looks, Cinder and Usagi don’t have too much in common, though sometimes Cinder’s ill-fitting prosthetics can make her as clumsy as Usagi.  (Meyer has actually said that Cinder is more like her favorite, Sailor Jupiter: “tough on the outside, but soft and sensitive on the inside.”)

Random side note: I actually tend to think of Cinder looking like Princess Garnet from Final Fantasy IX.  I think it’s the gloves ~_^

Scarlet was the next easiest to pin down; she is Sailor Mars through and through.  Her signature color, red, aligns perfectly with both Rei and the Martian planet that inspired her.  Sailor Mars wields fire, and as I mentioned in my review post, the bold and brash Scarlet fits the “fiery redhead” mold perfectly.  (Though I do think Scarlet’s physicality is also a bit like Sailor Jupiter.)

Scarlet is also the oldest of the group at 18, and her womanly independence and maturity reminds me a lot of Rei.  They both have limited contact with their parents, instead living with a grandparent.  They also share an affinity for shooting; Scarlet carries a gun her grandmother gave her, and Rei is an archer, which even features in some of her Sailor Mars attacks. 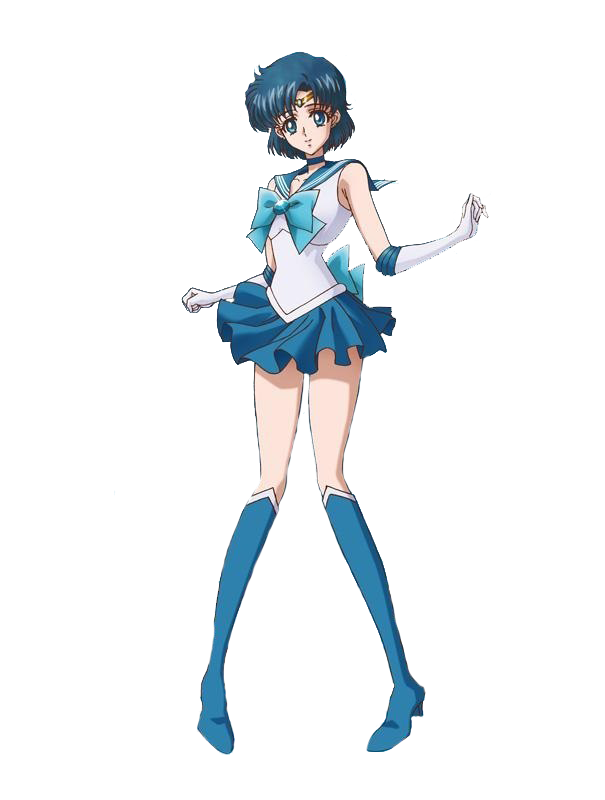 To me, Cress is a mash-up of Sailor Mercury with a little bit of Venus thrown in.  As I said above, she is the first of the team to meet Cinder, and her geekiness with computer hacking skills, plus the way she experiences the real world through media, are very much like the shy, bookish Ami.

But there’s also another side to Cress shown in her effervescent crush on Thorne that reminds me of Minako, aka Sailor Venus, Guardian of Love and Beauty.  She loves to sing, and I can see her dreaming of being a J-pop idol, same as Minako. Venus actually has several attacks using the word “Crescent,” which is part of Cress’s full name Crescent Moon.  And the orange tutu that Cress wears to infiltrate the palace in 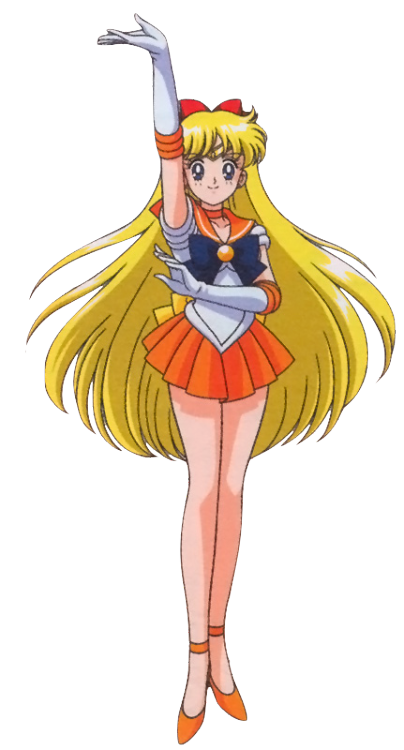 Winter gave me a little giggle as I recalled Venus’s orange skirt.

A few more characteristics also indicate Ami and Minako.  Cress’s hair starts off being very long and blonde (like Minako’s) but then is cut off short (like Ami’s).  Also, Cress enjoys video games and is very good at them from all her time spent playing them alone in her satellite.  Minako trains to be Sailor V by playing a video game of the same name, and Ami is later shown to be very proficient at the Sailor V game.  (Minako was actually already active as Sailor V before Sailor Moon even came along, and Cress had likewise being carrying on her surveillance and searching for Princess Selene well before Cinder knew her true identity.)

Winter’s beauty should probably qualify her as Sailor Venus, but the “other-ness” of her personality really stuck me as belonging to the Outer Senshi.  Specifically, she reminds me of Sailor Saturn, who has trouble getting close to any of her classmates because of her seizure-like episodes.  Winter does not have many close friends, because unlike most Lunars she does not use her powers and thus suffers from “Lunar sickness,” where she has periods of intense, crippling hallucinations.

Hotaru is the youngest of the Senshi, which pairs well with Winter’s child-like innocence, bordering on naïveté.  She also occasionally demonstrates healing powers, and Winter seems like she has a similar tendency: she cares for Scarlet during her captivity on Luna and sneaks her medicine disguised in apple candies.

Winter is only member of the group to have spent her entire life on Luna, which reminded me a bit of Sailor Pluto, who is kept stationed guarding the Space-Time Door.  And like Winter, Pluto is also depicted as having the darkest skin of the group.

I almost stopped with the Lunar girls, but Iko is just as important a member of the team!

At first I thought of Iko as being like Luna the cat because she lives with Cinder and acts as her assistant in the repair shop.  She’s also small and has a very human-like personality despite being an android.  Though she didn’t always know Cinder’s true identity, I think she encourages Cinder to accept her destiny (she certainly wants her to go to the ball).

After Iko goes through some transformations, first as a ship’s AI and then getting an

humanoid body, I started to re-evaluate her role.  It was actually her continuing lighthearted crush on Kai that sealed my opinion of her as Chibiusa, the future daughter of Usagi and Mamoru, who appears during the second story arc of Sailor Moon.  Chibiusa and Usagi develop a relationship almost like sisters even as Chibiusa constantly tries to steal Mamoru’s attention away from Usagi.  Cinder and Iko are similarly close, and even though Cinder did not originally build Iko, she did help repair her (and continues to do so throughout) such that Cinder seems to have a bit of a creator/parent role.  Plus, Iko enjoys glomping on everyone and her android body sports an unconventional, brightly-colored hairstyle.

What do you guys think?  Do you agree with my interpretations, or did you see certain characters as different Senshi?