This book is one that I heard mentioned a lot this year, and was up for several awards (including the Arthur C. Clarke Award).  It didn’t turn out to be what I was expecting, but it was definitely still an entertaining read that will stick with me. 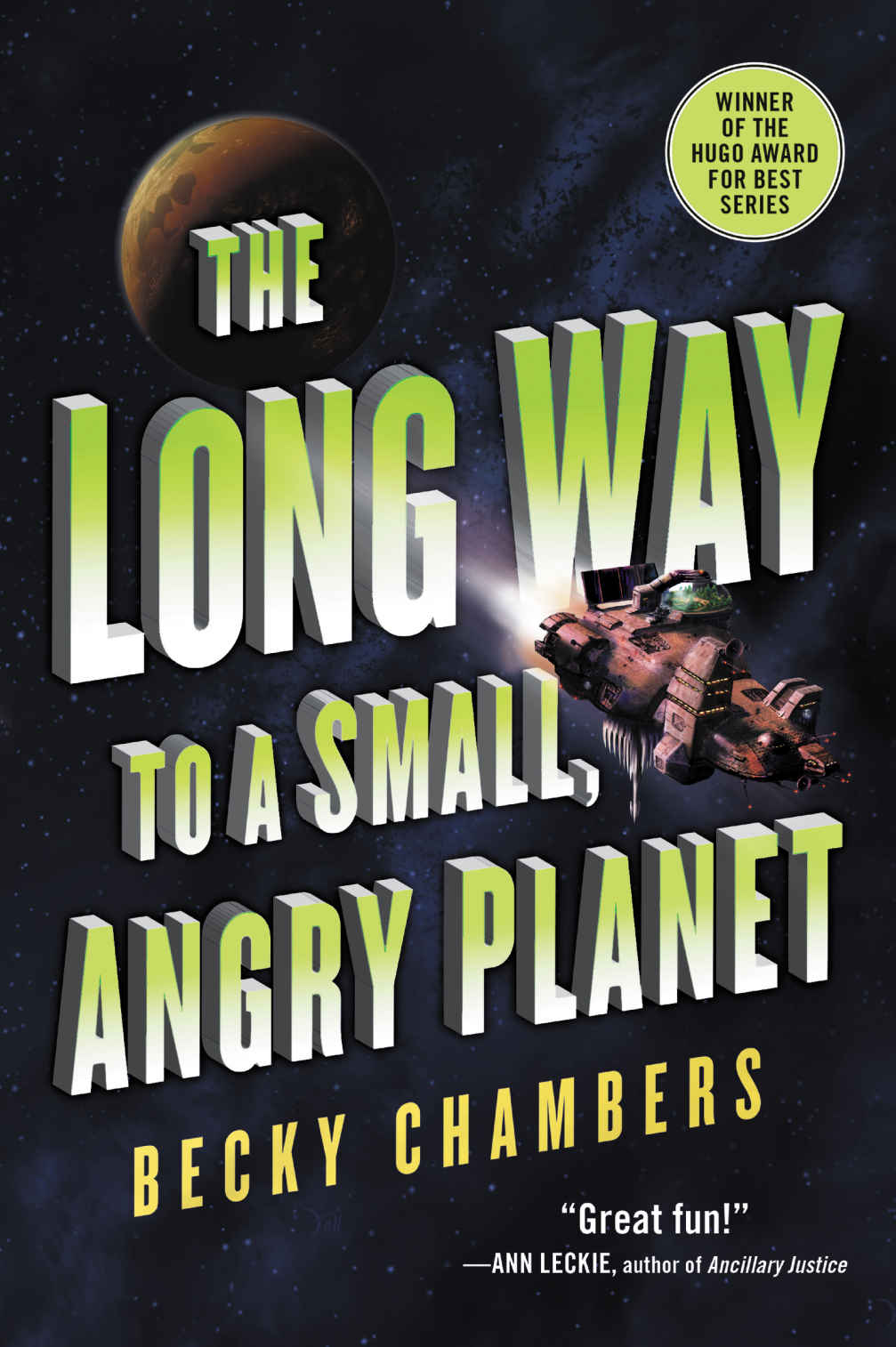 The Long Way to a Small, Angry Planet is very character-driven book and actually reads more like a series of vignettes.  I was reading for a while, waiting for the plot to really kick in, until I realized it was never going to.  There is an overarching plot, and it is interesting enough, but it’s not what’s driving this story.

That would be the characters, and I absolutely fell in love with all of them.  I would be hard pressed to say which one is my favorite (okay, I lied: it’s Kizzy).

There’s Rosemary, the newcomer to the ship; through her eyes we are introduced to the exciting and sometimes dangerous life of a space-tunneling ship crew member.  There’s Ashby, the stalwart captain with a semi-secret love affair.

There’s Kizzy and Jenks, the crazy techs who remind me of Abby from NCIS, and Corbin the anti-social algae scientist who reminds me distinctly of a guy I work with.

There’s Dr. Chef, whose position is self-explanatory because his real name is unpronounceable, and the pilot Sissix, whom I pictured in my head as an overly grabby version of the Barabel Jedi Saba Sebatyne.

There’s Ohan, the ship’s mysterious Navigator pair, and even the ship herself, an AI named Lovelace (Lovey for short).

Each and every one of these characters gets some time to shine, and some room to grow.  I really enjoyed the diversity of the cast, both in terms of personality and biology.  I really liked all the different alien species introduced (even if it meant the biologist in me spent more time thinking about alien sex that I would have liked).

Though this hasn’t been my favorite sci-fi read this year, it was definitely fun and memorable.  A companion book, A Closed and Common Orbit, that continues some of the open plot threads has just recently been published, and I’m looking forward to reading that as well.

Many people have compared this to the short-lived-but-much-loved TV show Firefly, but I didn’t really get that vibe, though I’m sure the audiences would overlap.  I thought the Mass Effect comparisons were stronger.  Either way, it’s a great little space opera, and the focus on small character arcs makes it really easy to read in small chunks.

2 thoughts on “Review: The Long Way to a Small, Angry Planet”