Just a quick post to talk about more indie books that I’ve enjoyed recently.  The series is called Records of the Ohanzee; I’ve read the first two and the third is just out this week. 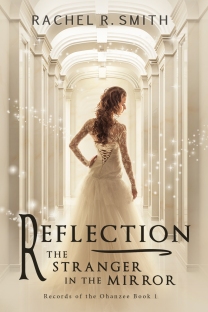 You’ll notice the title of all three books, begins with Reflection; the books read more like volumes of one story than discrete books.  Which meant that when I got to the end of Reflection: The Stranger in the Mirror, I immediately had to go get Reflection: Harbinger of the Phoenix to continue the story!

Nerissa, the Heiress of Chiyo, prepares for the masquerade celebrating the twentieth anniversary of a thwarted assassination attempt on her family. Longing to be admired for herself and not her title, she arranges to switch costumes and enjoy the ball in blissful anonymity. But, when the fateful night finally comes, a prophetic warning of a second attack arrives too late, and the evening turns from revelry and romance to violence. After being pulled from the chaos by an enigmatic guardian, Nerissa learns that the Royal Family has been concealing a formidable secret for generations—and it is only one of many that are about to be revealed.

The characters are probably my favorite aspect of the books.  I especially like Nerissa’s spunky best friend Charis and her interesting relationship with the suspicious foreign student that’s staying with her family.  I was so glad that we got a sneak peek of them for the third book.

My favorite character is probably Raysel, and it’s only partly because in my head he looks like Jeonghan of SEVENTEEN: 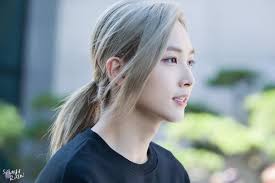 Aaaaanyways, I really like how the writing gets into the characters’ heads, telling the story from each of their perspectives, sometimes in switching during a scene.  The prose is competent, and I would say it’s on par with some of the traditionally published YA fantasy I’ve read.

The first book in the series, Reflection: The Stranger in the Mirror is FREE for Kindle on Amazon today and tomorrow, so go check it out and get hooked on this series!

5 thoughts on “Review: Records of the Ohanzee”