We’re finishing out this series with my favorites 2NE1…and a surprising Star Wars cameo!

But then at 1:43…we get “Dara Vader” and her stormtroopers (later revealed to be Minzy and CL).  The first time I saw this, I was like WAIT WUT.  2NE1 and Star Wars together…so random, so awesome.

After watching it a few more times, I noticed that at the end of the video (around 2:55), they are all wearing Star Wars baseball caps!  I noticed Minzy’s R2-D2 one first; also, Bom has the stormtrooper, CL has Darth Vader, and Dara has C-3PO.  These hats were sold at the time of the video (2010) by New Era in Japan.  I would have loved to have one! 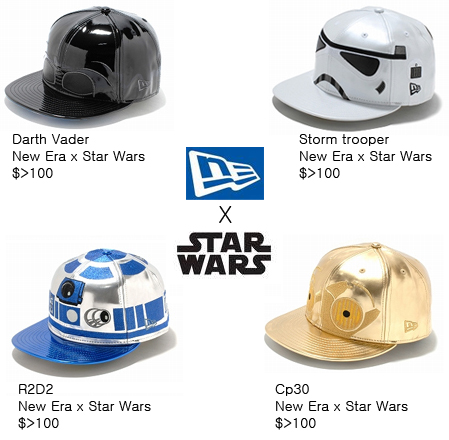 The members (in the order they start singing):

“Main” is ranked higher than “lead” in these positions.  CL is actually not the oldest but simply has the personality to be the leader.  The “maknae” is the baby of the group.  The visual is basically the most attractive member who does promotional activities.