No post last week because I was on vacation!  Hence why I am just now liking all your posts from 1-2 weeks ago.

B and I went to Universal and Disney in lovely 65-degree Orlando.  I spent more than a decade of my childhood in central Florida, so I’ve been to Disney many many times, but strangely never once to Universal.  With the opening of the 2nd Harry Potter area, I figured it was about time.

We spent 3 days at the Universal parks, mostly in the Harry Potter areas.  Islands of Adventure has a Hogsmeade area, and Universal Studios has the new Diagon Alley.  There’s even a train ride between them (with a slight chance of dementor attacks).

BEST: Warm butterbeer, which you can only get in winter, is fabulous.  Regular butterbeer is kinda too sticky-sweet, but the warm stuff…mmmmm.  Also good: butterbeer icecream.

WORST: Harry Potter and the Forbidden Journey (the ride inside Hogwarts Castle) is the most nauseating ride I have ever been on, and I’ve ridden every coaster at Cedar Point.  Take some Dramamine. 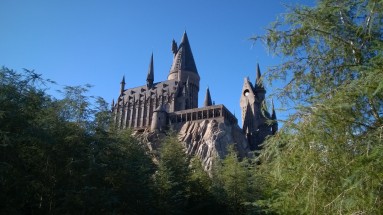 The Knight Bus outside King’s Cross 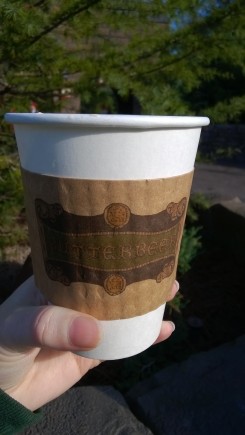 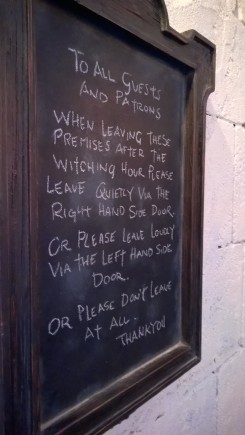 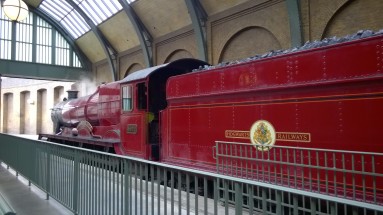 Also great: tons of Harry Potter merch to buy.  House robes cost over $100, so I settled for a Ravenclaw T-shirt and “official” scarf.  We also bought an awesome afghan with the Hogwarts crest. 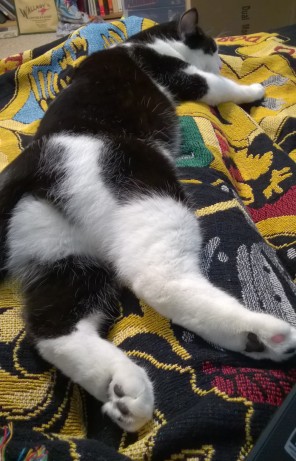 The cat likes it, too

10 thoughts on “Warm butterbeer is the ONLY butterbeer”