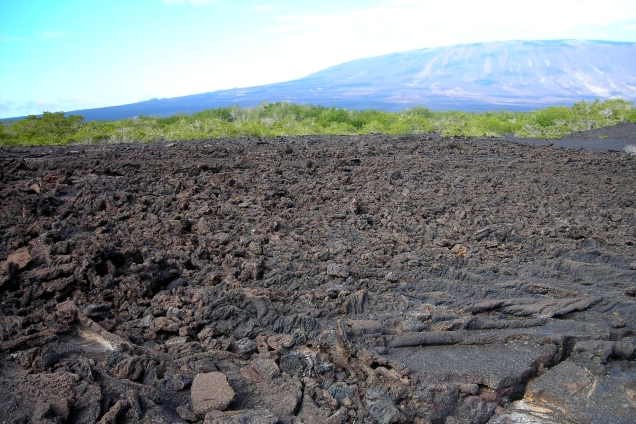 A field of aa lava at the foot of La Cumbre, an active shield volcano (it has actually erupted since this photo was taken in 2007).  Fernandina is one of the westernmost islands in the Galápagos, closest to the hot spot that created them, therefore is still quite volcanically active.

This sharp, jagged lava is called “aa” lava, pronounced “ah-ah.”  Like “pahoehoe,” this word comes a Hawaiian term used to describe this lava, sometimes translated as “stony rough lava” or “hard on the feet.”